Where to Park for the Philadelphia Auto Show

From February 8 – February 17, car enthusiasts young and old can gawk and marvel at the automotive industry’s latest creations at The Pennsylvania Convention Center. The Philadelphia Auto Show will feature hundreds of concept, classic, luxury and exotic cars on a 700,000 square-foot display room. Lamborghinis,
END_OF_DOCUMENT_TOKEN_TO_BE_REPLACED 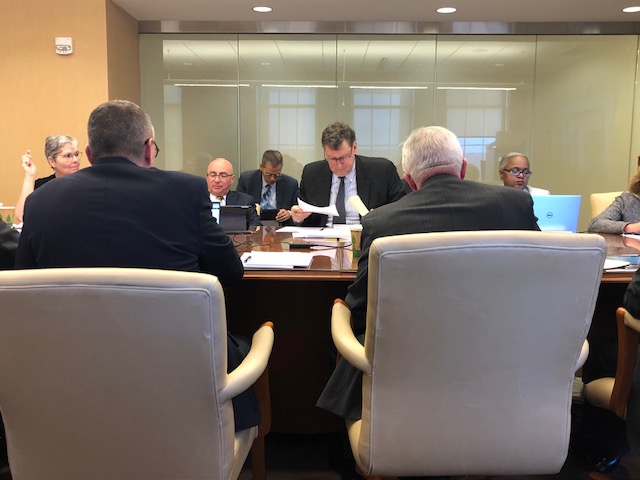 January 2020: Board Meeting Round-Up On Tuesday, January 21, 2020, the Philadelphia Parking Authority’s Board met for its monthly meeting. The meeting agenda along with the Board approved motions can be found here.
END_OF_DOCUMENT_TOKEN_TO_BE_REPLACED

(PHILADELPHIA) - PPA Executive Director Scott Petri joined Mayor Jim Kenney today at a press conference to announce the installation of automated speed enforcement cameras at the first of eight locations along Roosevelt Boulevard. The decision to place speed cameras on Roosevelt Boulevard is the result of a
END_OF_DOCUMENT_TOKEN_TO_BE_REPLACED

The Petri Dish Episode 5: The Benefits of Parking at PPA Center City Garages

For the fifth PPA Podcast, “The Petri Dish,” PPA Executive Director, Scott Petri, sat down with 40-year PPA veteran, Rocco Morrotto, to discuss the benefits of parking at our seven Center City parking garages. Psst --- they have the cheapest rates in the city.
END_OF_DOCUMENT_TOKEN_TO_BE_REPLACED